Sale of a picture 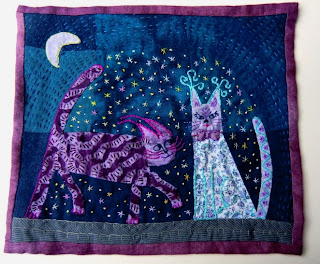 Last month three of my patchwork pictures were in a local exhibition and one of them, Cats on the Wall, sold.  Mostly I stitch for my own enjoyment but is such a good feeling when someone else appreiates what I have done enough to buy something!


The other pictures that were in the exhibition were the one of houses that was in my last post and this one which started off as just a sea scape but then turned into "I'd like to be, under the sea....".   A bit Janet Bolton, but I had just got her book out of the library when I made it.